The History of Paving 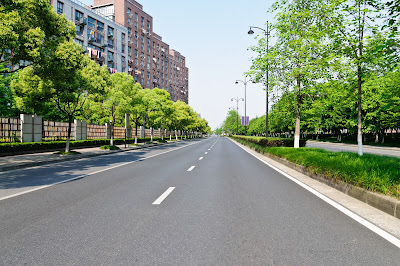 It is undeniable that times have changed since the invention of paved roads. No longer were drivers subjected to traveling along bumpy, unfinished roads in cars with no form of suspension. However, many individuals do not understand how the concept of paving roads began, much less how it has developed since its invention.

When the first forms of asphalt were invented, it was rare for commoners to experience such a luxury. Oftentimes, main roads that traveled through towns and neighborhoods of wealthy individuals were the only roads that were paved. Currently, pavement covers approximately ninety-four percent of roads across the United States, including parking lots, interstates, driveways, and racetracks, to name a few.

Although asphalt has always been present in various forms, the history of paving began with its initial use to build roads in 625 B.C. in Babylon! Romans then discovered that asphalt could be used to seal reservoirs and aqueducts, and soon after, Europeans began identifying natural asphalt deposits. Although the use of asphalt was extremely popular throughout many countries, it was not used as a paving resource for many more years.

As the use of asphalt began to spread, individuals sought out different forms of this substance and even patented various mixes. Furthermore, as the wide use of automobiles began to grow, the need for different forms and great quantities of asphalt did likewise. In fact, the general type of asphalt as we know it today was not developed until the 1900s.

Technological advances that sought to aide in the production and use of asphalt began to arise, as well. Devices, such as vibrating screens, pressure injection systems, and mechanical spreaders evolved in effort to make the paving process more simplistic. Initially, asphalt production companies simply could not keep up with excessive demands for this product. However, as more roads began to erupt, the widespread use of asphalt for paving exploded. The history of paving began to evolve rapidly.

Currently, new trends such as pavement warranties and asphalt recycling are on the rise. As a result, asphalt supplies are being utilized more efficiently and the price of asphalt has dropped because of recycling efforts. In fact, over 95 million tons of asphalt paving materials is recycled every single year. In addition, pavements that are more durable, have greater levels of skid resistance, provide a smoother ride, and reduce splash/spray in harsh weather are in production and readily available. Thus, drivers now have the luxury of traveling on some of the safest surfaces ever known to man.